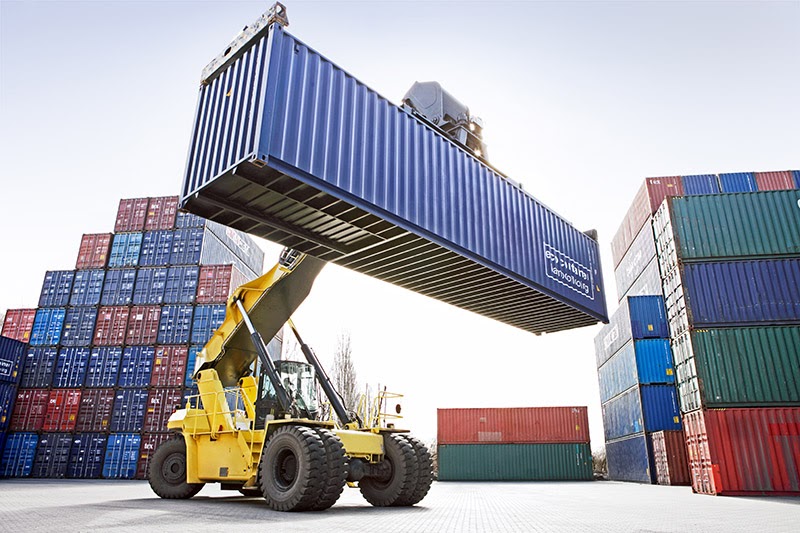 At the Port of Savannah, shipping containers from China arrive attached with small plastic boxes that track the cargo inside – and send a radio-signaled alarm to remote computers if someone tries to break in.

Port officials say these electronic tags, a little larger than a pack of cigarettes, could prove a tremendous boon to the shipping industry by slashing the cost of managing inventories and adding a layer of security to seaports concerned with becoming targets of terrorist attacks.

The Savannah port has teamed up with the world’s second-largest seaport in Shanghai to test the tagging technology on all cargo shipped between them. They touted their pilot program at a news conference Tuesday.

“It’s a huge benefit,” said Curtis Foltz, chief operating officer of the Georgia Ports Authority. “From the beginning of shipping to the end, if a container is compromised at any point there will be an immediate alert.”

Savannah and Shanghai aren’t the only ports using electronic tags for radio frequency identification – or RFID. In Los Angeles and Long Beach, Calif., ports require them to keep tabs on trucks entering their terminals. China began testing the tags on domestic cargo shipments in 2005.

Savannah and Shanghai started shipping tagged cargo in March and have since used them on 2,375 containers spread over 18 trips. They hope to reach 10,000 tagged containers shipped over the next six to 12 months, all the while tweaking tags and monitors that pick up their radio signals to work out any kinks.

When they’re attached to containers awaiting shipping, the tags are programmed with the type of cargo being shipped, its weight, the name of the ship transporting it and the destination.

That information gets picked up via radio by monitors at the port gates when the cargo arrives by truck or train, and again at the crane loading the container onto a ship – a process that’s repeated, in reverse, when the shipment reaches its destination. The monitors send the information to computers that can track the cargo’s whereabouts in real time.

The tags will also sense if a container is opened or if its seal is broken in transit, and will broadcast an alert marking the time of the intrusion. Its location is plotted by Global Positioning System. A read flag will pop up on computers tracking the container.

Savi Networks, a California-based company founded in 2005, has developed a similar cargo-tagging system used by ports in countries such as South Korea, Britain, the Netherlands and Columbia for several years.

Steve Sewell, a senior vice president for Savi Networks, said the company has installed tracking systems at ports in Virginia and California, though they’ve been used only intermittently.

When the tagging system is ready for widespread use, shipping companies and retailers awaiting delivery as well as government agencies such as U.S. Customs and the Coast Guard would be able to track cargo as well by logging onto a Web site, said Bao Qifan, executive vice president of the Shanghai International Port Group.

Besides improved security, the system would eventually let companies shipping goods through the ports find out almost immediately when their cargo arrives.

The Savannah Port, the fourth-largest in the U.S. with 2.6 million containers handled last year, now has clerks who take inventory by manually typing the ID number of every container entering or leaving the terminal – about 8,600 a day. It’s a slow process that ultimately costs businesses big bucks trying to manage their inventories, Foltz said.

“The cost of getting goods from point of origin to the shelf is the biggest opportunity today to take costs out of these businesses and improve efficiency,” he said.

The tagging system still needs improvement before the ports are ready to market it to customers, however. Right now, the tags – and any alarms tripped by intruders – can only be read by monitors at the seaports where their trips start and end, not during the overseas trek in between.

Port officials say they plan to improve the electronic tags to relay alarms in real time while at sea by the end of the testing phase.

“It’s like a cell phone,” said Wally Barelka, the Georgia ports’ general manager for strategic systems development. “The first cell phones were clunky and didn’t have many functions. Now your cell phone checks your e-mail and is your address book.”